West Ham have signed French center-back Kurt Zouma from Chelsea on a four-year deal for £ 29.8million.

The 26-year-old Zouma won two Premier League titles, a Champions League and a League Cup during his seven-year tenure at Stamford Bridge.

He has made eight appearances for France and was on loan at Saint-Etienne, Stoke City and Everton while at Chelsea.

“I am very happy and very proud,” said Zouma.

“My conversation with the manager went very quickly. I just had the feeling that he really wanted me to come and join the team, especially with a good team that started the season very, very well.

“With the great season West Ham had last year, it has given the team a lot of confidence to improve this year – and I want to help the team with that.”

Zouma joined Chelsea at the age of 19 Saint-Etienne in January 2014 and made 151 appearances for the Blues in all competitions, scoring 10 goals.

The Frenchman made 36 appearances for Chelsea last season but didn’t play a prominent role in the long-term plans of coach Thomas Tuchel, who has targeted Seville’s 22-year-old French defender Jules Kounde.

West Ham is at the top of the Premier League table with seven points from three games 2-2 draw on Saturday against Crystal Palace. 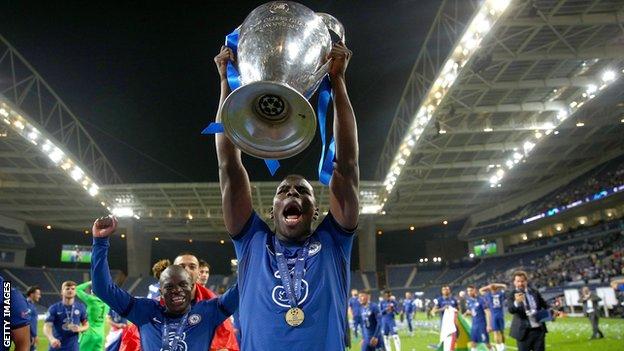 “He’s a player we’ve been following for a while and we handled the transfer with great care and diligence. He has always been our first choice and I’m very happy that he is our player now.”

Zouma, who will play with France for World Cup qualifiers against Bosnia-Herzegovina, Ukraine and Finland this week, could make his West Ham debut in Southampton on September 11 when the Premier League returns after the international break.

Find all current football transfers on our special page.