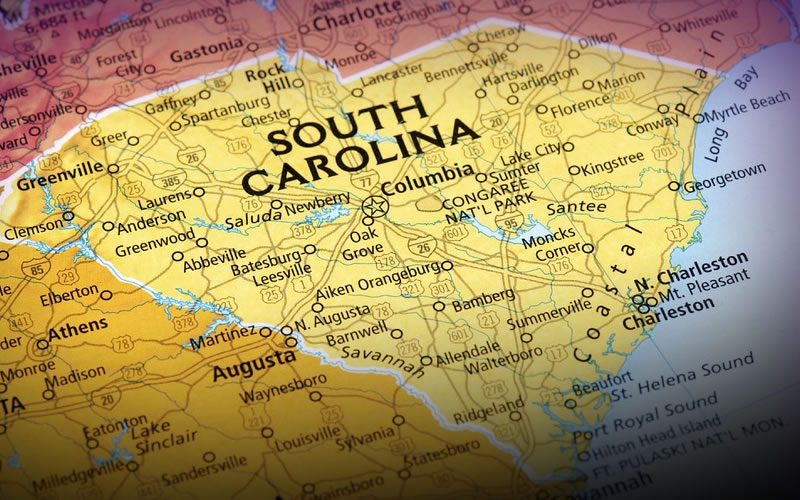 EDITOR’S NOTE:  Longtime political journalist Louis Jacobson offers this overview of modern-day politics and economics in South Carolina, which also appears in the latest installment of the Almanac of American Politics.  Republished with permission, we offer it to you exclusively.

By Louis Jacobson, Almanac of American Politics  |  In recent years, South Carolina has been vaulted into the headlines for tragic incidents and efforts at reconciliation. In 2020, it helped elect a president.

Tragedy and coexistence have been dueling parts of South Carolina’s history from the beginning. The state’s early influence was the slave-majority, sugar-producing island of Barbados, which produced its original settlers; until 1855, South Carolina was the only colony or state with a Black majority. On the one hand, Carolina plantation owners were tolerant of some groups, opening their colony to French Huguenots and Sephardic Jews. At the same time, they were also slave masters of giant plantations that produced rice and indigo. South Carolinian Charles Pinckney led the effort to enshrine the principle of no religious tests for political office in the Constitution; he was also a slaveholder. Lowcountry planters maintained effective control of the legislature, and therefore the state’s two Senate seats and presidential electors, up through 1860. In that year and the next, South Carolina did more than any other state to precipitate the Civil War. In December, after the election of Abraham Lincoln, the South Carolina legislature voted to secede from the Union and was soon followed by other states. In April 1861, a cannon in Charleston fired on Union troops at Fort Sumter.

Defeat in the Civil War transformed South Carolina. The state’s slaves, 57 percent of the population in 1860, were freed. One of the wealthiest states became one of the poorest. Some 30 percent of military-age White males were killed. Reconstruction briefly gave Black Republicans political control, but the backlash was fierce once federal troops left; strict racial segregation and voting restrictions, including the poll tax, kept most South Carolinians disenfranchised. As late as 1944, in a state of 2 million people, only 103,000 voted for president, with 88 percent of them voting Democratic. The Lowcountry languished in poverty, with malnutrition on coastal islands. A silver lining was architectural—the old mansions of Charleston were not replaced by commercial buildings, and instead were saved by the nation’s first local historic preservation movement (and rebuilt after Hurricane Hugo in 1989), cementing the city’s culture and civic pride. Mostly White Upstate South Carolina, with a growing textile industry, took the political lead, led by such politicians as Pitchfork Ben Tillman (governor 1890-94, senator 1895-1918) and a close friend’s son, Strom Thurmond (governor 1947-51, senator 1954-2003).

More recently, South Carolina took steps forward. In the civil rights era, most Whites opposed integration, but unlike in Alabama and Mississippi, the effort was mostly not punctuated by violence. The Civil Rights Act of 1964 and the Voting Rights Act of 1965 ended legal segregation of public accommodations and workplaces and brought Blacks into the electorate. Democratic (and later Republican) U.S. Sen. Thurmond, who staged a record-setting filibuster of the 1957 Civil Rights Act, began appointing Black staffers and signed off on a Black federal judge. By the 21st century, the state elected Nikki Haley, a daughter of immigrants from India, and then Tim Scott, an African-American, to the U.S. House and later to the U.S. Senate, respectively; in this strongly conservative state, their ideology was what mattered. 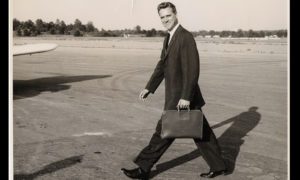 In many ways, the biggest change has been economic. Half a century ago, much of South Carolina’s economy depended on military bases and big textile mills in the Interstate 85 corridor around Greenville and Spartanburg. Then South Carolina became the most aggressive state in the South in seeking new industry. It advertised its business climate, with one of the nation’s lowest rates of unionization and taxation and a willingness to splurge on tax incentives. Crucially, Democratic Gov. (later U.S. Sen.) Ernest Hollings spearheaded the creation of the state’s technical colleges, which today educate and train hundreds of thousands of residents a year. (Hollings died in 2019.) Michelin opened the first of several South Carolina plants in 1975, and the first BMW vehicles rolled off the Spartanburg assembly line in 1992. Volvo chose a South Carolina site 30 miles northwest of Charleston as the location of its first North American assembly plant, while companies such as Bosch, Fujifilm and Adidas built factories throughout central and Upstate South Carolina. In recent years, South Carolina has been neck-and-neck with North Carolina for the nation’s lowest rate of unionization, just above 2 percent of all workers.

Navy bases were the mainstay of Charleston’s economy in the 1970s, but they were closed in the early 1990s and subsequently became a center of aircraft production, particularly after Boeing in 2009 chose North Charleston as the location of a plant to assemble its 787 Dreamliner. The aircraft giant now employs 6,800 people in the Charleston area, though the company has been enmeshed in a long-running battle over unionization. Charleston has become a major port, which is especially helpful for the state’s international exporters; the state wants to dredge Charleston Harbor so container ships can traverse it regardless of tidal conditions. Charleston’s downtown has not only survived but thrived, thanks in large part to the creative energy of (former) longtime Mayor Joseph P. Riley Jr., who was first elected in 1975 and who served for 40 years. With a keen aesthetic eye, he made the city’s historic center a magnet for tourists; statewide, tourism has grown consistently, passing the military’s statewide economic impact in 2016.

Despite economic gains, South Carolina has only three Fortune 500 companies headquartered locally, compared to 14 each in neighboring North Carolina and Georgia. But the state dodged a bullet with the trade war waged by President Donald Trump. Exports hit a record $41.5 billion in 2019, up almost 20 percent, and exports shipped through the Port of Charleston rose more than 5 percent. Despite bilateral trade tensions, the flow of goods with China remained steady. BMW maintained its lead as the top U.S. vehicle exporter; collectively, jets from Boeing and vehicles from BMW and Volvo accounted for more than half of South Carolina’s exports in 2019. One of every six vehicles exported from the U.S. now comes from South Carolina, as well as one-third of tire exports. However, the coronavirus pandemic caused economic distress in 2020, particularly in tourism-heavy regions such as Myrtle Beach and Charleston.

In the meantime, poverty remains in many areas of the state. South Carolina’s median income ranks in the bottom 10 states nationally, a full 14 percent below the national average; the poverty rate is a few percentage points higher than the nation as a whole. South Carolina ranks in the bottom quarter of states for the percentage of residents with a college degree, and teacher pay has not kept up with inflation since 2003, when the GOP gained full control of state government, according to a Charleston Post and Courier analysis.

Race has continued to be a defining issue for South Carolina. In 2015, Dylann Roof, a man with a history of White supremacist beliefs, entered a historic African-American church in Charleston, sat down for Bible study, then systematically gunned down nine Black worshippers—including the pastor, state Sen. Clementa Pinckney–as he squeezed the trigger more than 75 times. The attack took place in the successor to the very same church that was the epicenter of the 1822 slave rebellion led by Denmark Vesey, which ended with the execution of Vesey and numerous lieutenants, as well as the destruction of the church. (Before his death, Pastor Pinckney had been active in erecting a memorial to Vesey.)

Amid the mourning, a debate about old subjects—race and Confederate heritage—reemerged. Critics said the state should finally do what it had previously balked at: Remove the Confederate battle flag from the state capitol grounds in Columbia, where it had flown, in one way or another, since 1962. Haley, who prior to the killings had shown little interest in following her predecessors’ failed efforts to pull down the flag, offered her support for removal, and the tide began to turn. On July 10, 2015, the flag was lowered from the statehouse grounds for good. Roof was sentenced to death in 2017, the nation’s first federal hate-crime defendant to face the death penalty. Meanwhile, another high-profile case—a videotaped police shooting in North Charleston in which a Black man, Walter Scott, was shot in the back by a white police officer—produced first a deadlocked jury and then a plea agreement that resulted in a 20-year prison sentence.

Through the 1960s, few people except military personnel moved to South Carolina. That has changed in a big way. Since 2010, the population has grown 10.7 percent, driven by migration from other states. The growth has been fastest on and near the coast—31 percent during the past decade in Horry County (Myrtle Beach), 27 percent in Berkeley County (northern suburbs of Charleston), 19 percent in Dorchester County (the northwestern suburbs of Charleston), 18 percent in Beaufort County (Hilton Head), and 17 percent in Charleston County (Charleston). The York County suburbs of booming Charlotte North Carolina, meanwhile, have grown 24 percent. These booming areas attract predominantly White tourists and affluent retirees who are eager to spend days with pleasant weather on the golf course and in time-shares. The percentages of White residents (63 percent) and Black residents (26 percent) have remained stable for a decade, with relatively small populations of Hispanics (5.7 percent) and Asians (1.7 percent). The fastest-growing portion of South Carolina’s population consists of senior citizens, a group that has increased from 12 percent in 2000 to 14 percent in 2010 to 18 percent today. By 2030, the state is expected to have more residents 65 and older than children in school.

The influx of White retirees has moved South Carolina politically toward Republicans. Politics cleaves the electorate along racial lines, and the hard math of the population figures makes it difficult for Democrats to win statewide. South Carolina has voted Republican for president in every election but one since 1960—in 1976, when son of the South Jimmy Carter was running. 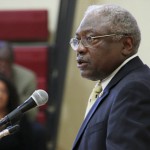 But it’s South Carolina’s early primary that often plays a pivotal role for one party or the other, and few were more consequential than the 2020 Democratic primary. Coming off poor finishes in Iowa, New Hampshire and Nevada, Joe Biden bet everything on a win in South Carolina. And after U.S. Rep. James Clyburn, the state’s most influential Black Democrat, endorsed Biden three days before the primary, he ended up winning the state so convincingly that most of the remaining Democratic candidates fell in line. “You brought me back,” Biden told Clyburn—all the way to the presidency.

Trump—who had forged ties with such leading South Carolina Republicans as U.S. Sen. Lindsey Graham, Gov. Henry McMaster, Haley and White House Chief of Staff Mick Mulvaney—won the state easily in both 2016 and 2020, with Trump’s winning margin narrowing by only two points statewide. The seven most populous counties all shifted in the Democrats’ direction by between three and seven points, but less-populated areas shifted toward Trump, including two counties, Clarendon and Dillon, that flipped from Hillary Clinton in 2016 to Trump in 2020. Graham managed to win reelection by double digits, despite a strong Democratic opponent in Jaime Harrison, a massive fundraising deficit and lots of baggage accumulated during the Trump years. Indeed, Trump’s and Graham’s showings were almost in lockstep, underscoring how inflexible South Carolina’s racially driven voting patterns are. And they are likely to persist.

Louis Jacobson is a senior author of the Almanac of American Politics.  This column, republished with permission exclusively in South Carolina, comes from the almanac’s new 50th Commemorative Edition for 2022.  It can be purchased online  or by calling 1-888-265-0600. BONUS: Use the code “15AAP2022” for a 15 percent discount during check-out.

Merkel: Germany will spend what it must restore flood harm | World information